• Yanira, in Classics, and Fjord III, in Época, have prevailed on the first day of the Puig Vela Clàssica regatta
• Tourists and locals have gathered in the city shoreline to enjoy this unique spectacle that returns to Barcelona after the pandemic
• Xaloc wind (southeast) has led to the enviable sailing conditions

The Puig Vela Clàssica regatta, a benchmark for classic and Mediterranean vintage sailing, has begun today in the waters of Barcelona (RCNB). More than 200 sailors in 15 boats have participated in one of the most beautiful sailing shows in classic yachting. This 2021 the regatta has been held again after the break of 2020 due to the pandemic and ensuring the maximum sanitary measures. 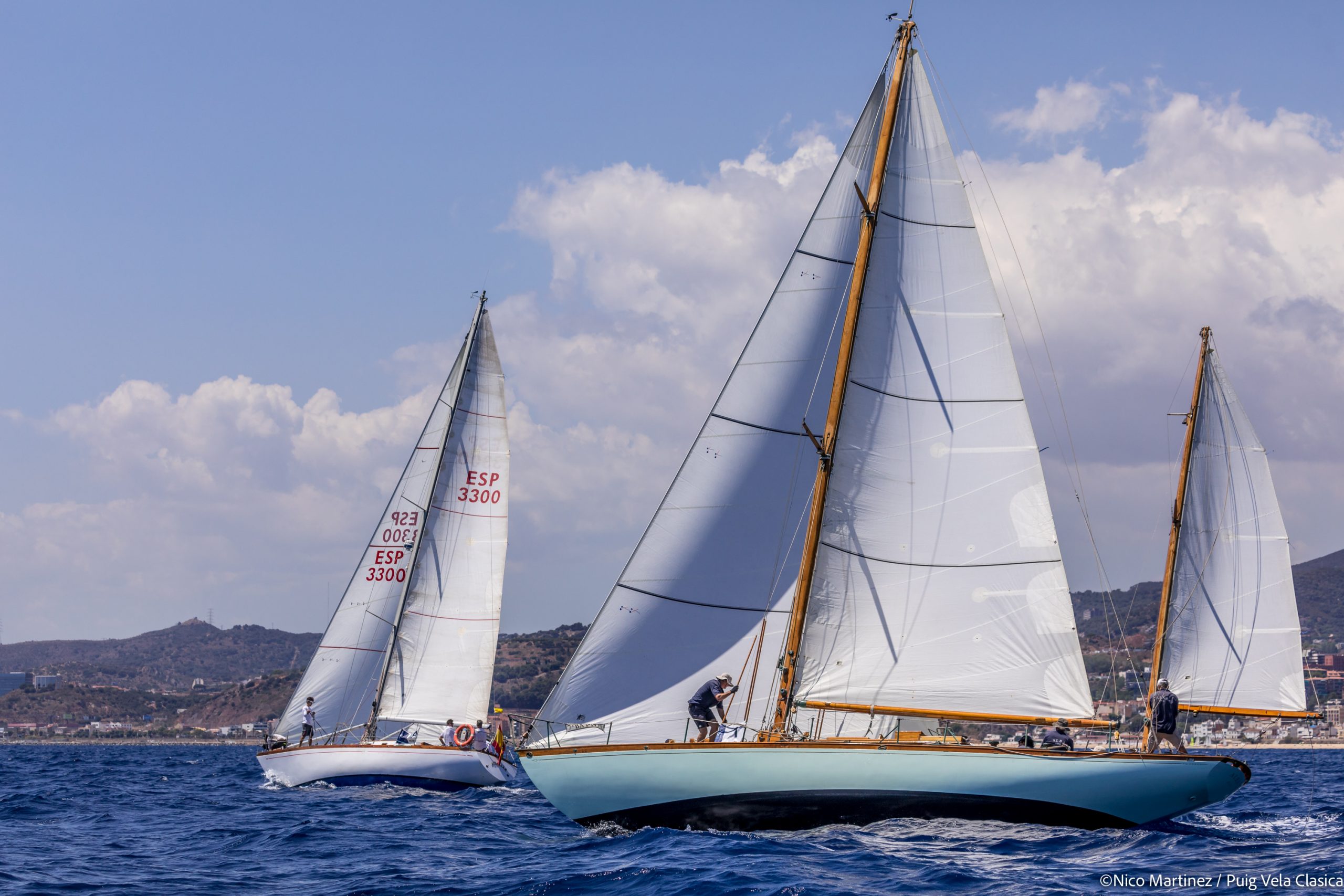 The premiere of the XIV edition of the Puig Vela Clàssica regatta has been optimal. With a wind of Xaloc (SE, 140º) of 7 knots of intensity, at 13 hours the first test started. The two fleets of Classics and Vintage crossed the starting line to face a route that, starting in front of Port Olimpic, turned a beacon of unchecked before heading to El Masnou, in a long stretch with crosswinds.

From there, the return to Barcelona began in a long belt of towards a beacon anchored under the “Hotel Vela” and concluded after a short cross to the finish line. 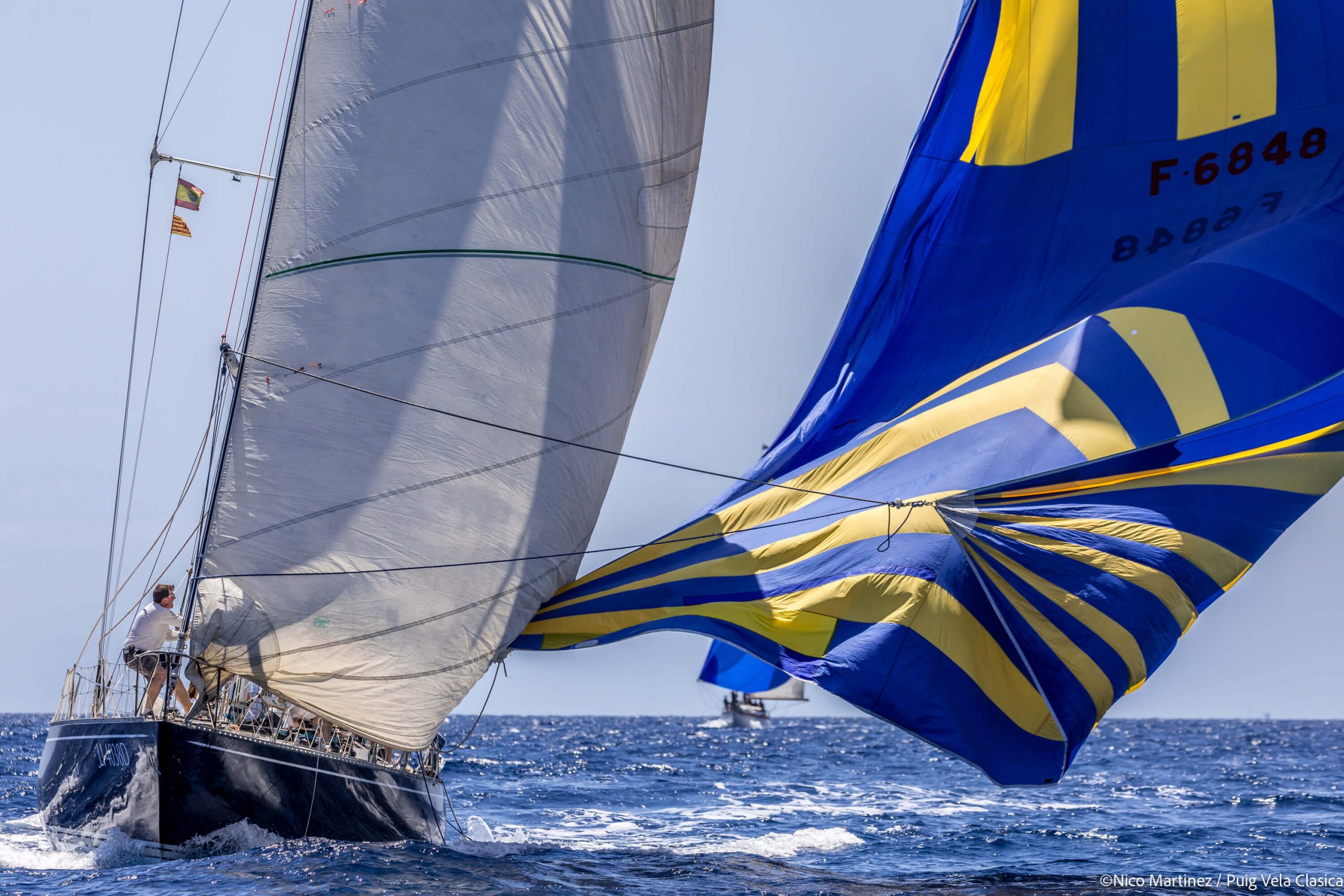 As the development of this first test of the Puig Vela Clàssica Barcelona progressed, the wind increased to 15 knots of intensity, while it rolled progressively towards the South. The two long straight “legs” have allowed the fleet to complete the 16.9 nautical miles away at a very good pace. Emeraude completed the route in the lead after investing 2:23 hours, followed by Yanira, Alba and Altamar. Once the compensation formula was applied, Yanira was the winner, accompanied on the podium of the day by Alba at 1:52 minutes and Emeraude , at 11:28 minutes. In fourth place was classified Sea Fever at 16:32 minutes, and fifth Altamar at 22:09 minutes.

The category of Vintage Boats has had a clearer outcome, when from the start the Uruguayan team of Fjord III (Germán Frers, 1947) of Scott Perry, clearly won the game to Islander (Dickie & Sons) of Ricardo Albiñana. Perry’s began their gallop towards the buoy, where they already surpassed the classic laggards. On the stretch up to El Masnou, he continued to outperforming Classics competitors, while increasing his lead over rival Islander. 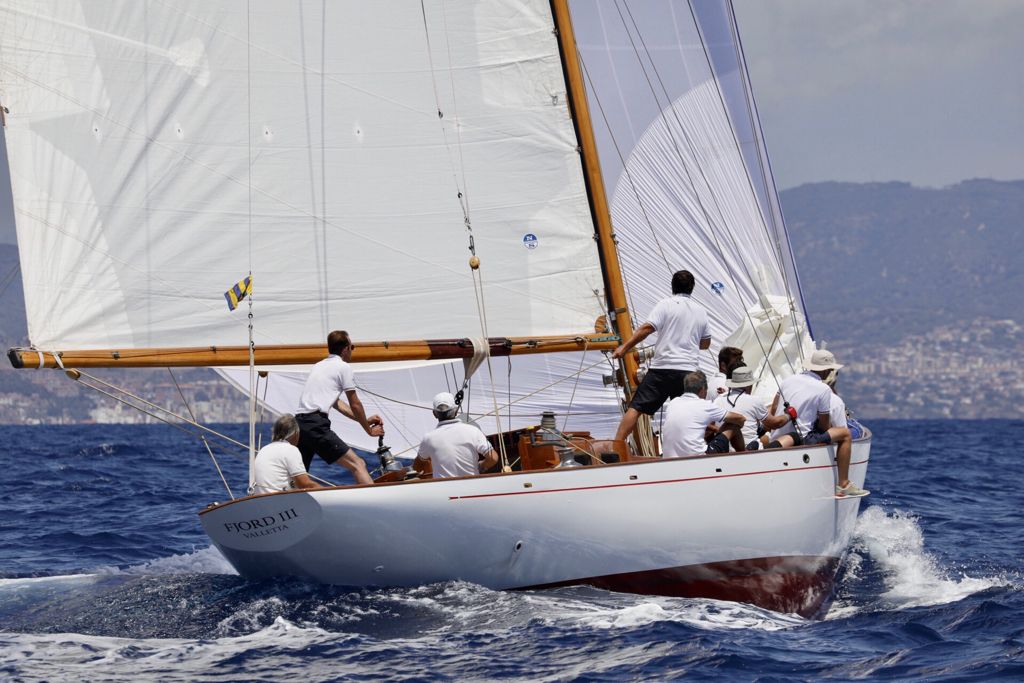 Fjord III crossed the finish line after 2:29:38 hours to complete the course and overtake Islander after the compensation of times by 17:58 minutes.

Tomorrow is scheduled the second act of this XIV Regatta Puig Vela Clàssica Barcelona, with the departure schedule at 13:00 hours.

Results and classifications at the end of the first day

Classification of the day: