The XI edition of the Puig Vela Clàssica Barcelona gets underway

• The regatta is the annual gathering of the world’s most elegant and legendary boats, offering a nautical spectacle steeped in tradition and sportsmanship

The XI Puig Vela Clàssica Barcelona Regatta begins this afternoon, bringing together the best in classic sailing off the coast of Barcelona until July 14. The city becomes the epicenter of classic and vintage sailing during this must-see event on the sports calendar, which features more than 40 authentic floating legends.

The moorings of Real Club Náutico of Barcelona are shining in all their splendor and everything is ready for the start of the three-day competition. About 500 competitors from Spain and a host of other countries – Including France, Spain, United Kingdom, Italy, Switzerland, Ireland and the USA – will compete in the waters of the Catalan capital, in what promises to be a unique showcase for the purest art of navigation.

The Barcelona regatta course, located across from the city’s popular beaches, will once again play host to the Puig Vela Clàssica regatta. Now in its eleventh year, the most prestigious classic and vintage sailing competition in Spain is back with another world-class field of competitors. The boats will sail in three categories – Classics, Vintage and Big Boats – and square off in three different races.

Among them are four of last year’s five winners: Alba (Classics 1), Moonbeam III (Big Boats), and Kelpie of Falmouth (Cangreja Époque) are returning as favorites, as is Guía (Classics 2), whose crew is paying tribute to late owner Ramón Rosés, who recently passed away following a long battle with illness – but not before achieving success at the race in recent years. The Puig Vela Clàssica Barcelona remains thoroughly international this year, with eight nationalities represented in the participating fleet.

The program will kick off today at 1:00 pm with the starting shot of the first regatta, and the races on Friday and Saturday are scheduled to begin at the same time, weather conditions permitting. The forecast calls for moderate southeast winds and a strong chance of high temperatures, which will demand even more from the crews.

Classic sailing, with its tradition and vintage character, is the centerpiece of the XI Puig Vela Clàssica Barcelona regatta

Many other boats from previous editions are also returning this year, spurred on by the magnificent water conditions at the Port of Barcelona ​​and the high level of competition. Over the course of the three days, the protagonists will be schooners, sloops, ketches, cutters and yawls – genuine museum pieces from the 19th and 20th centuries that require a highly skilled crew.

Nautical jewels such as the Moonbeam IV (built in 1914), Islander (1937) and Yanira (1953) will sail in front of the Barcelona beaches in triangular or coastal routes along a course marked with buoys.

A must for tourists and Barcelona residents

The Puig Vela Clàssica Barcelona Regatta has become a major tourist draw. Each year, the maritime spectacle attracts more spectators to the city, which is famous for the beauty of its scenery and the historical and cultural richness of its surroundings. 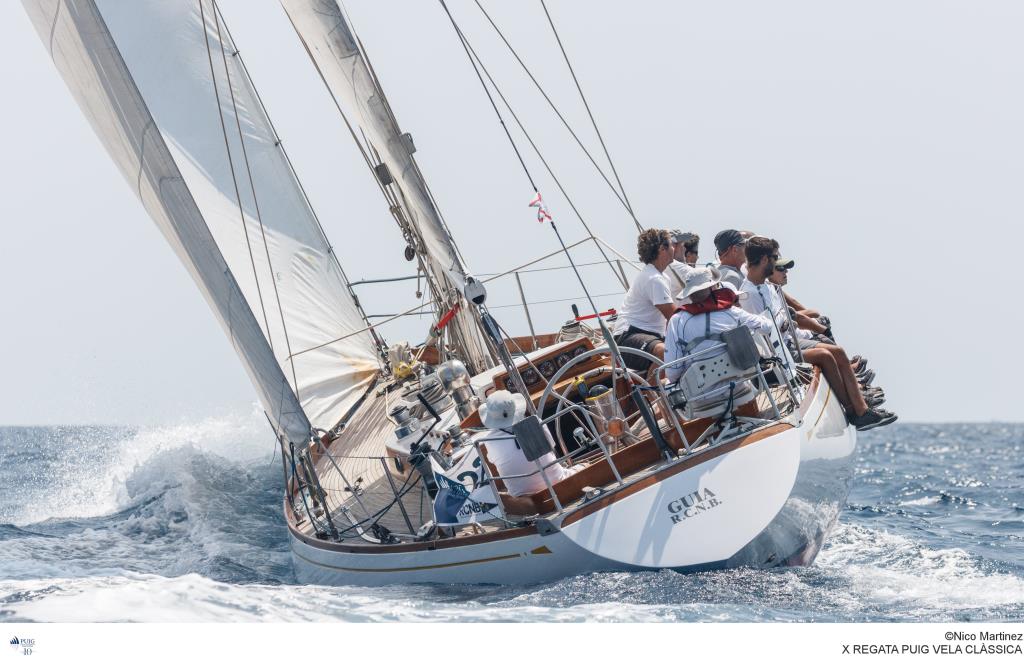 The event can be watched from locations such as Port Vell or Port Olímpic, as well as from the beaches of La Barceloneta and Sant Miquel. Those who have their own boat or decide to rent one will have the luxury of enjoying the legendary boats from up close.

There is no other capital in the world that holds a classic boat regatta like the one hosted by Barcelona every year. Among the dream destinations that hold classic sailing events – Cannes, Antibes, Antigua, Newport and the Isle of Wight, to name a few – only one is a capital of international stature: Barcelona.