This Saturday has been held the last regatta of the XIV Puig Vela Clàssica , an event that brings together the world elite of classic sailboats in which Yanira and Fjord III have been proclaimed winners. More than 200 sailors and 15 boats of five different nationalities have competed since July 15 in the waters of Barcelona for one of the most prestigious trophies of the Mediterranean. Yanira and Islander, representing Spain, are the winners of Enrique Puig’s trophy.

Aware of the social unrest over COVID-19, the organization has extremed sanitary conditions, conducting antigen tests for crews and the organization, thus ensuring compliance with the measures recommended by the authorities.

Dexterity, beauty and excitement to the end

For the third consecutive day, weather conditions have been excellent for the regatta in Barcelona. Thus, the third and last test of the XIV Puig Vela Clàssica Regatta, has begun with the punctual presence of the Garbí thermal wind (200º), which blew with 12 knots of intensity from the moment of departure. Again, the sea was ideal, the result of the slight swell, both near the Coast of Barcelona and a few miles offshore.

The Regatta Committee opted for a coastal route between buoys, whose 6 sections totaled 14.75 nautical miles away, sailed in tight, through and downwind, mainly. As usual in this edition, the start started with British punctuality at 13 hours. 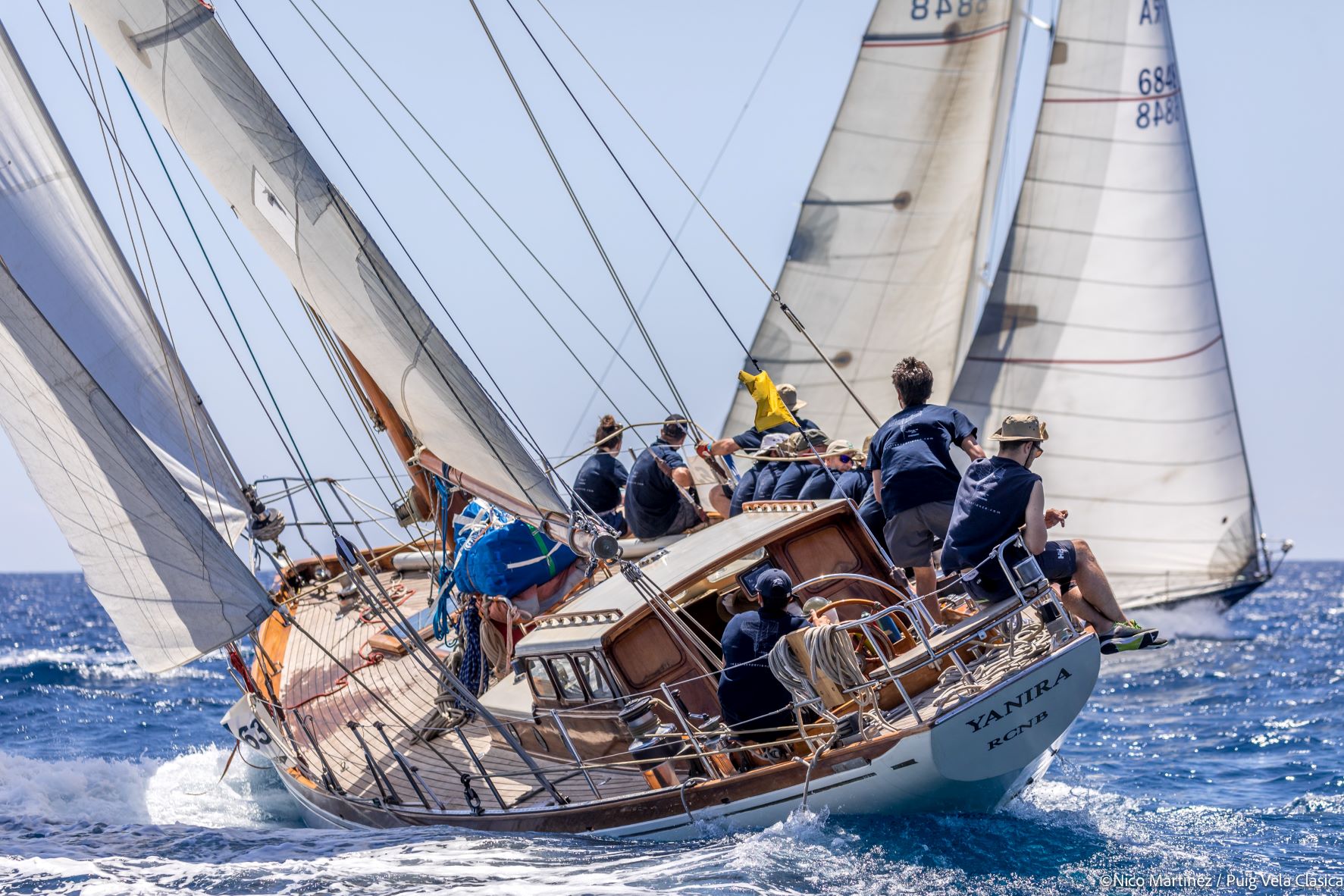 The final victory in the Época category was expected, due to the dominance shown by Fjord III (Germán Frers, 1947) of Scott Perry in the first two races played, ended with two victories over Islander (Dickie & Sons, 1937) of Ricardo Albiñana. Today, surprise did not happen, and the Uruguayan boat again dominated all facets of the regatta. He came out ahead of Islander, sailed fast and was successful in the tactics and the various maneuvers that the route demanded. After investing 2:19:27 hours to complete the race, and applying the time compensation, Fjord III prevailed by 12:18 minutes to Islander, and closed his final locker in an unbeatable way, with three wins and only 3 points. For the Uruguayan team of Fjord III, this is their second victory of the Puig Vela Clàssica, which they won previously in 2019

In the Classics fleet, Yanira (Bjarnee Ass, 1954) of Andrés León started the day with a two-point margin over Alba (Phil Rodes, 1956) of Damián Ribas, who was not willing to give up. Also, the triple tie between Sea Fever by Enrique Curt, Emeraude (Germám Frers, 1976) by Vittorio Cavazzana and Altamar (Alonso Allende, 1970) by Pedro Ramos, boasted an intense regatta to win a place on the final podium. 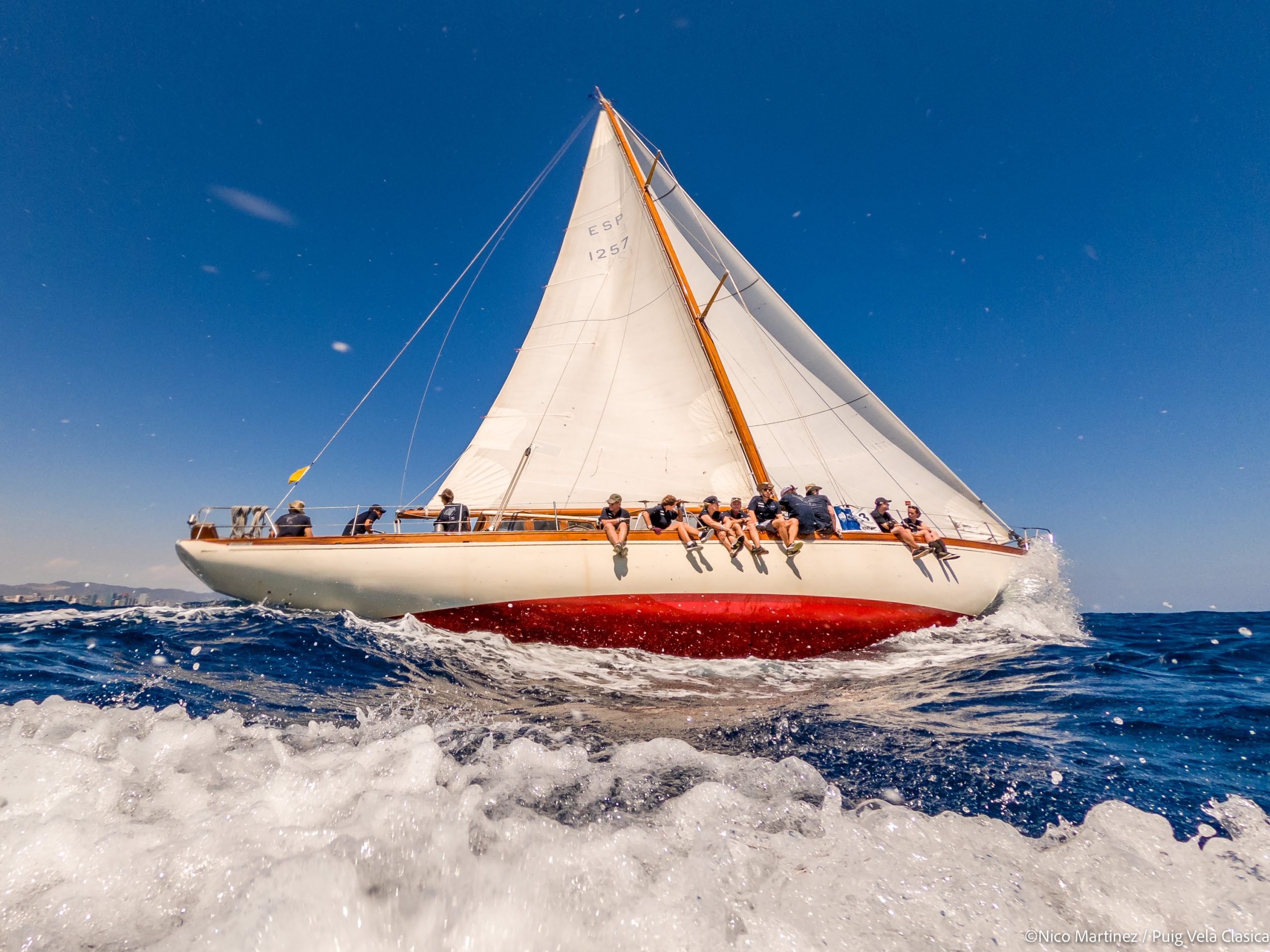 After a good start, Yanira controlled his direct rival on the right side of the first tight, but in the second section, a closed cross, Alba hoisted the spinnaker while ahead, Yanira avoided risks, being a very fair course for this sail. This allowed to recover ground to those of Damián Ribas, who in the end earned them the triumph of this third test, with 1:21 minutes of advantage in time compensated over Islander.

The third and disputed position in this Classics category was awarded to the Altamar, after being third in the decisive test -by only 5 seconds!!- over Sea Fever after time compensation. Emeraude closed with identical numbers his participation to finish fifth of the day and in the general classification. 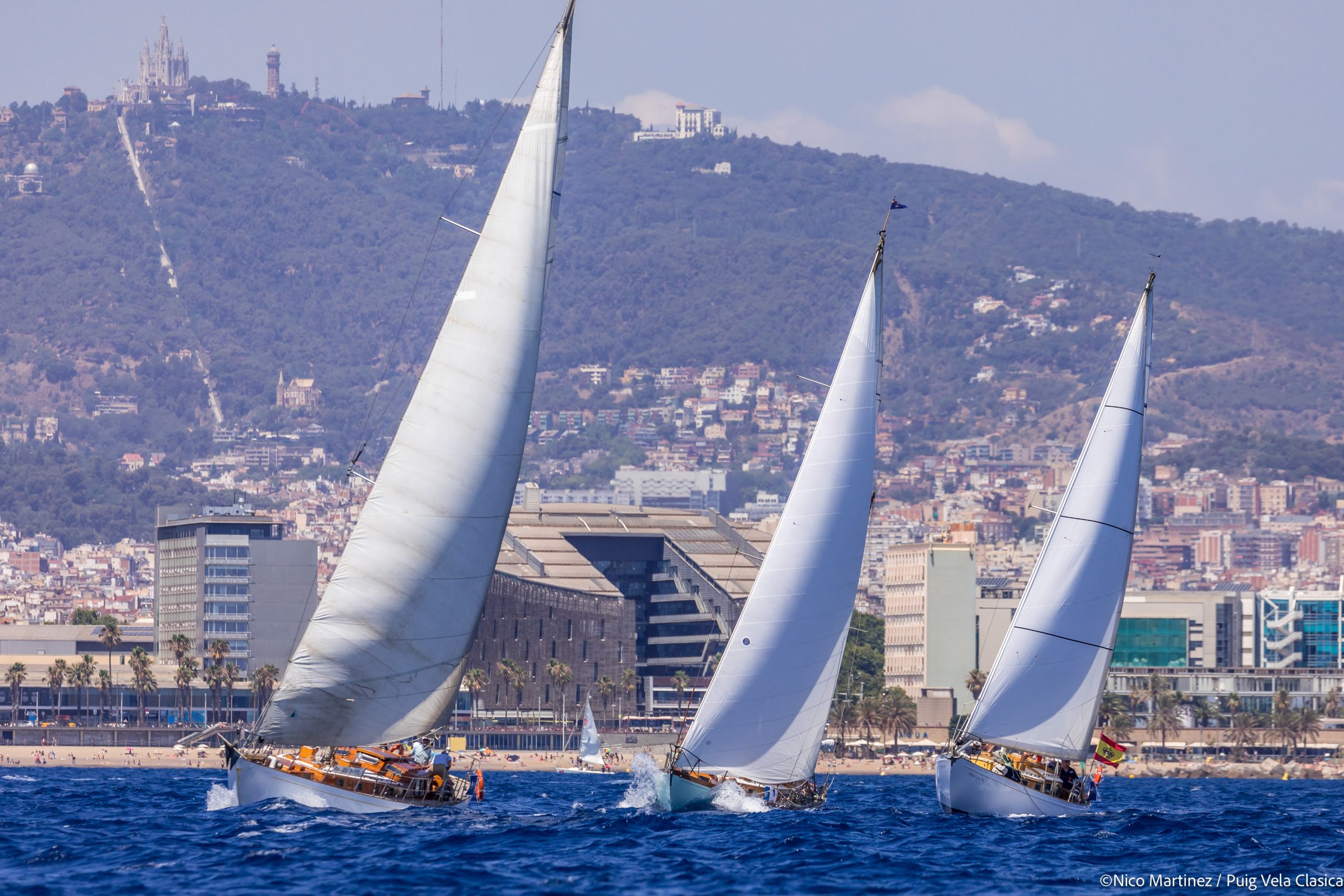 The awards ceremony: farewell to three exciting days of competition

At 18:00 hours the awards of the XIV edition of the regatta were presented at the Real Club Náutico de Barcelona (RCNB). The winners by categories of the XIV Puig Vela Clàssica have been the Spanish Yanira de Andrés de León in Classics and the Uruguayan Fjord III, by Scott Perry, in vintage boats. These boats have received their award from Jordi Puig on behalf of Puig.

Final general classifications of the competition/strong>