Argyll, Grayling, Emeraude and Hallowe’en are the first leaders of the Puig Vela Clàssica Regatta

•  30 boats and almost 300 sailors from 9 different countries meet these days in Barcelona to enjoy this unique event.
• Warm weather and a light breeze from the South-Southwest accompanied the participants on the opening day.

The Catalan capital hosts, once again, the most important classic yacht regatta in Spain. For the 15th time, the coast of Barcelona enjoys a top international sporting which brings some of the most legendary sailing yachts of the last 120 years. After the first race, Argyll, Grayling, Emeraude and Hallowe’en lead their respective categories. 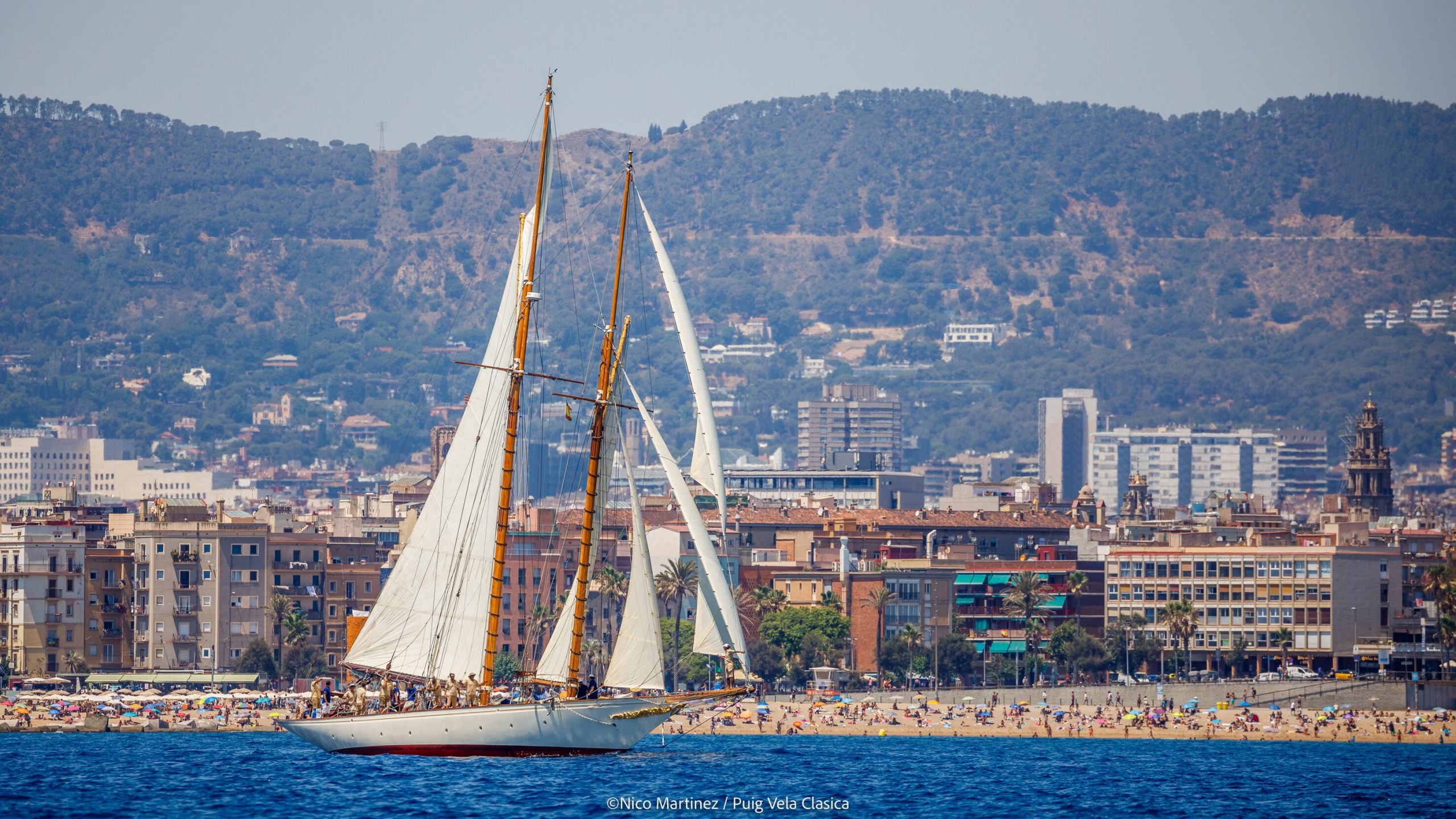 The race committee chose a coastal course that started in front of Port Olimpic and, after a short unmarked course to windward, set course to a buoy located in El Masnou. From there, the fleet started the return to the finish line in Barcelona, with an intermediate passage control and a total distance of 14 miles.

The race began on time at 13:00 hours with a first start for the Classic Boats, while on this occasion the Vintage and the two spectacular Big Boats were joined together for the second start of the day. By then, the wind was blowing softly from the south with about 7 knots of intensity, which seemed to confirm the forecast of its gradual increase as the thermal breeze of the Garbí formed. 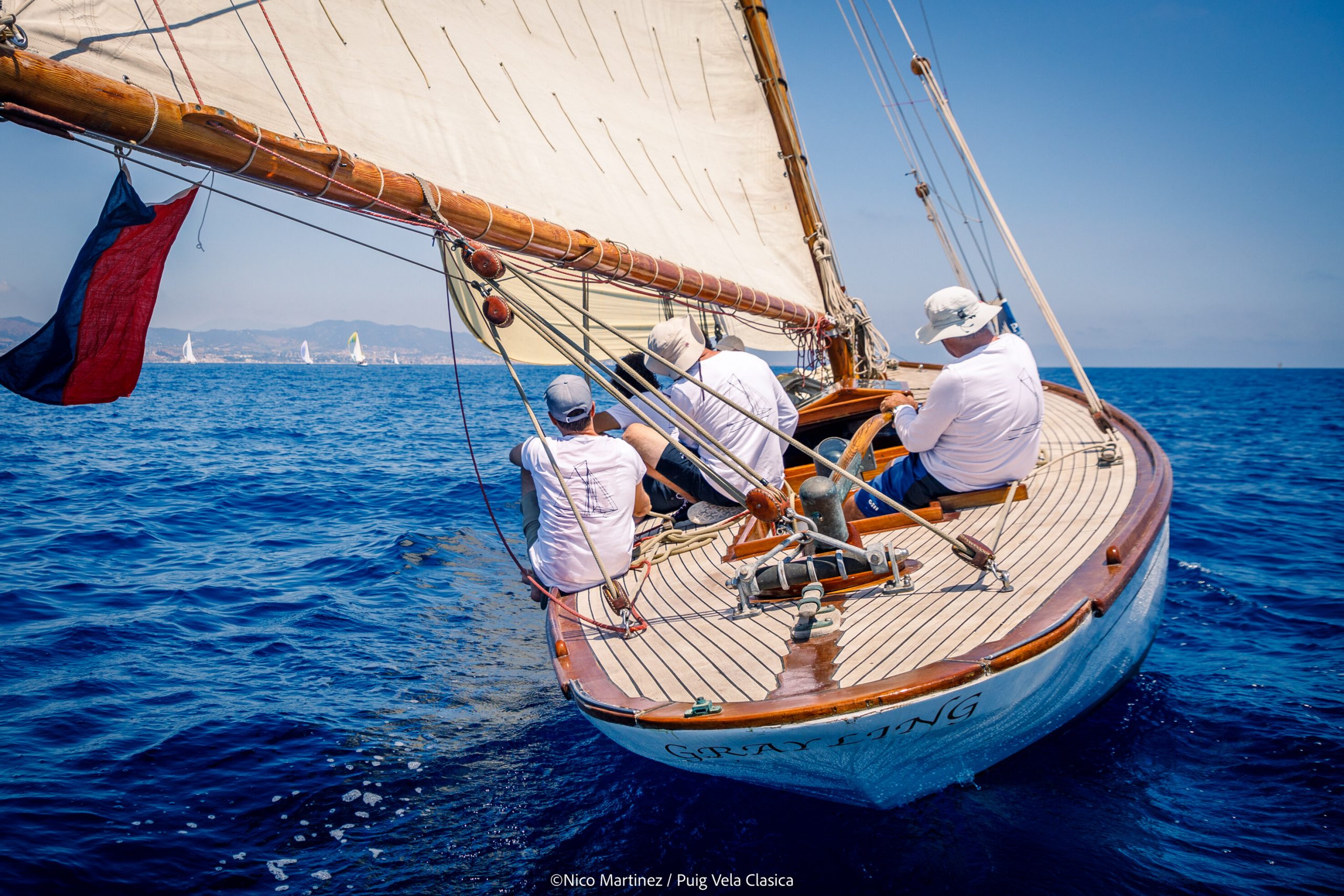 But Eolo did not want to help, and the initial breeze was turning towards Levante (East wind) and gradually decreased in intensity, as they approached the mark of El Masnou. There, the scarce 3-4 knots of wind made it difficult for the boats leading the fleet to maneuver. Among them was Leonardo García’s classic Nerissa, after a good start to the regatta which he consolidated in the long stretch to El Masnou. Further back, Enrique Curt’s Sea Fever, smaller boat but with a remarkable performance, was also having a good performance.

The long return leg to the finish line off Barcelona was a big challenge, trying to make progress until reaching the area where the wind was blowing from the south again. Finally, the big boats who were leading the fleet achieved their purpose, and began to go upwind at a good pace thanks to a cheerful 12 knots of intensity from the Garbí. Further behind, the smaller or slower boats were trapped without wind and were unable to finish the course in the time limit set for each boat, according to their potential performance. 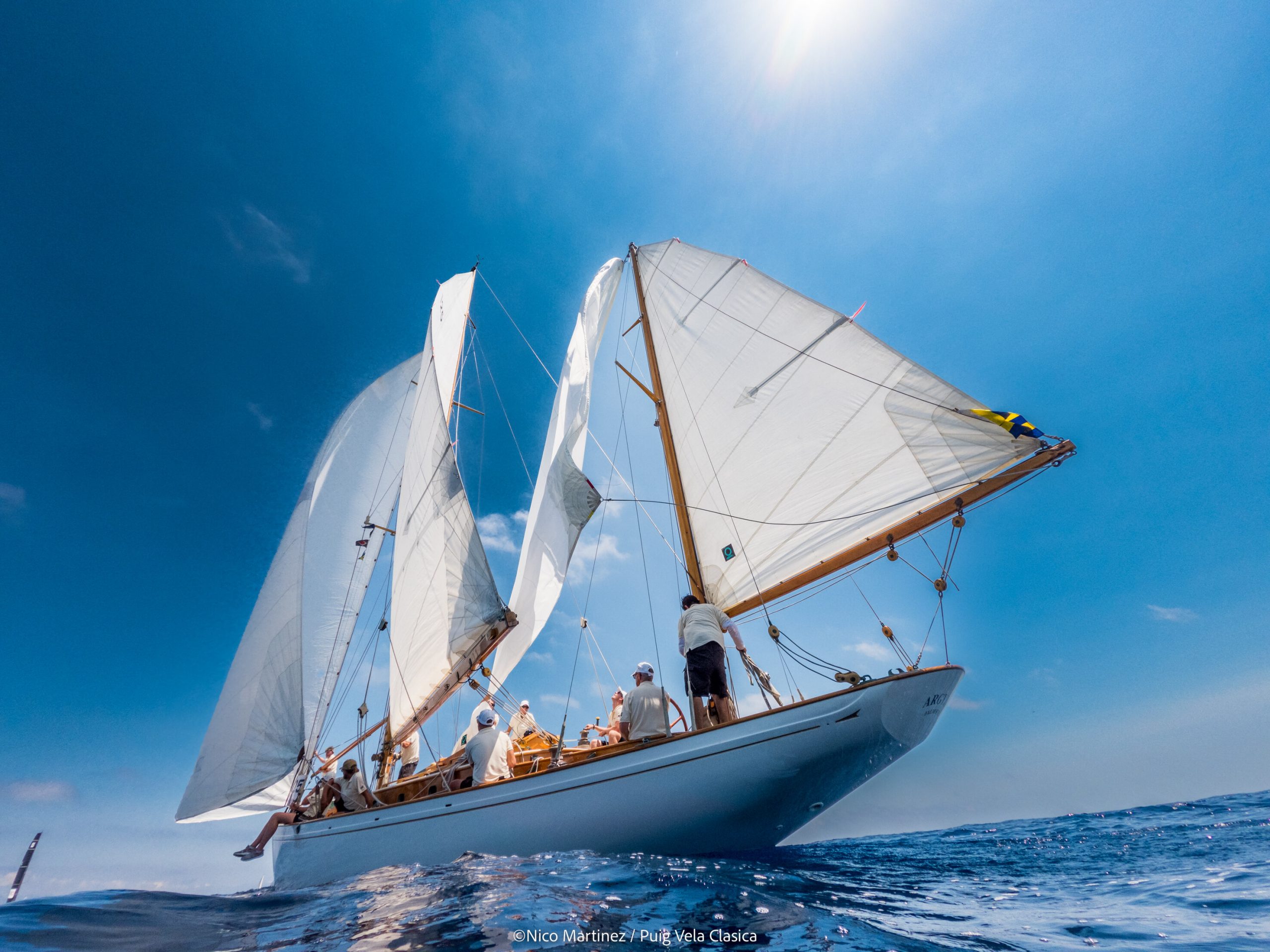 Thus, Vittorio Cavazzana’s Italian Emeraude was the best of the seven Classics that were able to finish the race, beating Pepe de Miguel’s Kahurangui and Nerissa. Finally, Sea Fever could also finish the course and classified in fourth position. The Irish Halowe’en of M. Cotter won the race in Big Boats, and Grayling (RCN Valencia) of Rafael Carrió did the same in Época Cangreja. Both competitors were the only ones in their categories able to finish the regatta. There were four Bermudian Vintage participants who did not exhaust their time limit and, among them, the winner was the British Argyll of Griff Rhys Jones, preceding the Almarán New York of Manel López, the American Dione of Hans Alberecht and Islander of Ricardo Albiñana.

Tomorrow, Friday, the second race of the XV Puig Vela Clàssica Regatta will start at 13:00 hours. 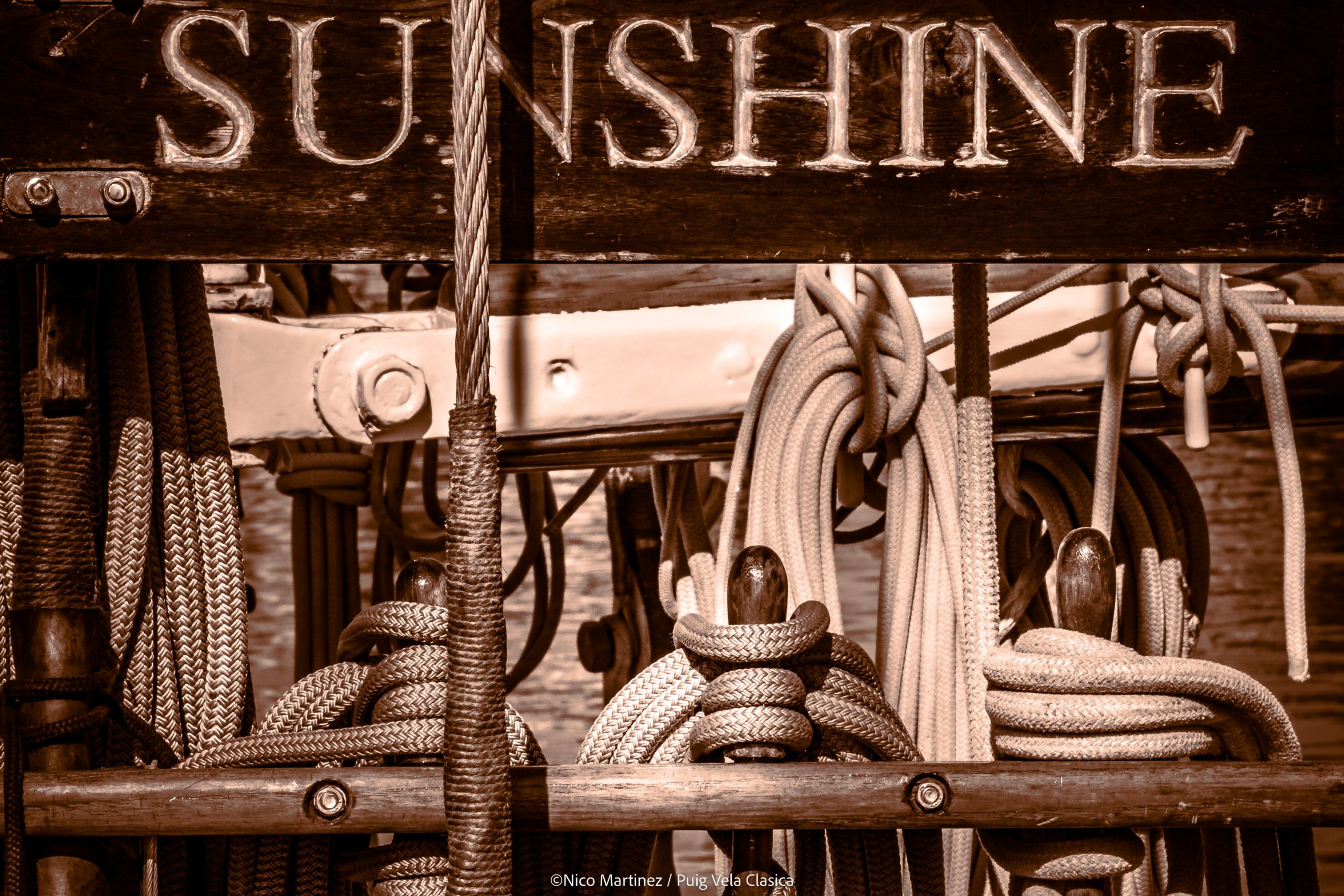 “SUNSHINE” SHINES FOR THE FIRST TIME IN THE CATALAN CAPITAL
Following the plans which were in the Maritime Museum of Scotland, this boat preserves its initial design. The schooner Sunshine comes for the first time to the Puig Vela Clàssica. This yacht is the third ‘sister’ built using the original plans. The first two, the original Sunshine and “sthore, were built in 1900 and 1902, respectively.

The current schooner, which began construction in late 1999 and was launched in 2003, maintains the magic of William Fife’s designs known for their high speed and exquisite elegance. Sunshine is a two-masted crab-sailed sailing yacht with a handcrafted teak and rosewood interior. The faithful reproduction and its aesthetics have led the CIM authorities to grant this boat the category of vintage regatta yacht.

Results and standings at the end of the first day
Classification of the day:
Classics
1. Emeraude (Italy)
2. Kahurangi (Spain)
3. Nerissa (Spain)