Sea Fever, Argyll, Hallowe´en and Grayling, winners of the second day at the Puig Vela Clàssica

Not without complications, the second day of regattas of the Puig Vela Clàssica gave the start after 14.00 hours due to the lack of wind. However, the Barcelona regatta field has once again hosted the nearly 30 classic sailboats that have participated for the second consecutive day in the XV Edition. 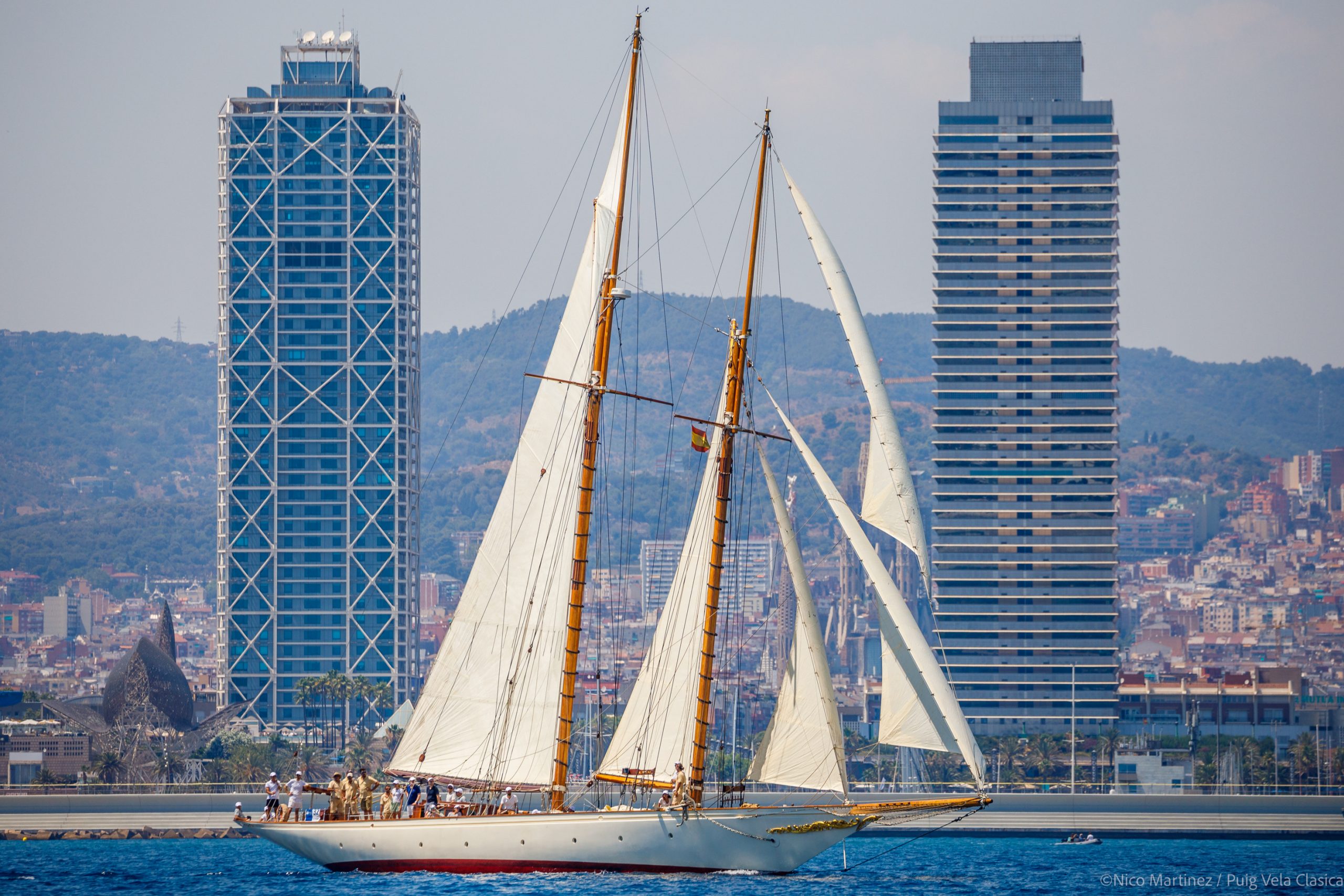 The second day of the XV Puig Vela Clàssica Barcelona has been successfully completed despite the little collaboration of the wind, which today has taken time to blow off the coast of Barcelona and has forced to delay the start. Stoically enduring the strong heat that increased today, the fleets of Classics, Vintage in its two categories Gaff Rigged and Marconi, and the Big Boats, obtained their reward at 14:44 hour, moment that the race committee gave the first start. The wind was a thermal Garbí (heading 210) with 7-8 knots of intensity, cooling in the final phase of the test to a cheerful 12 knots.

The regatta was sailed on a course of 5 stages, totaling 12.5 miles of distance. 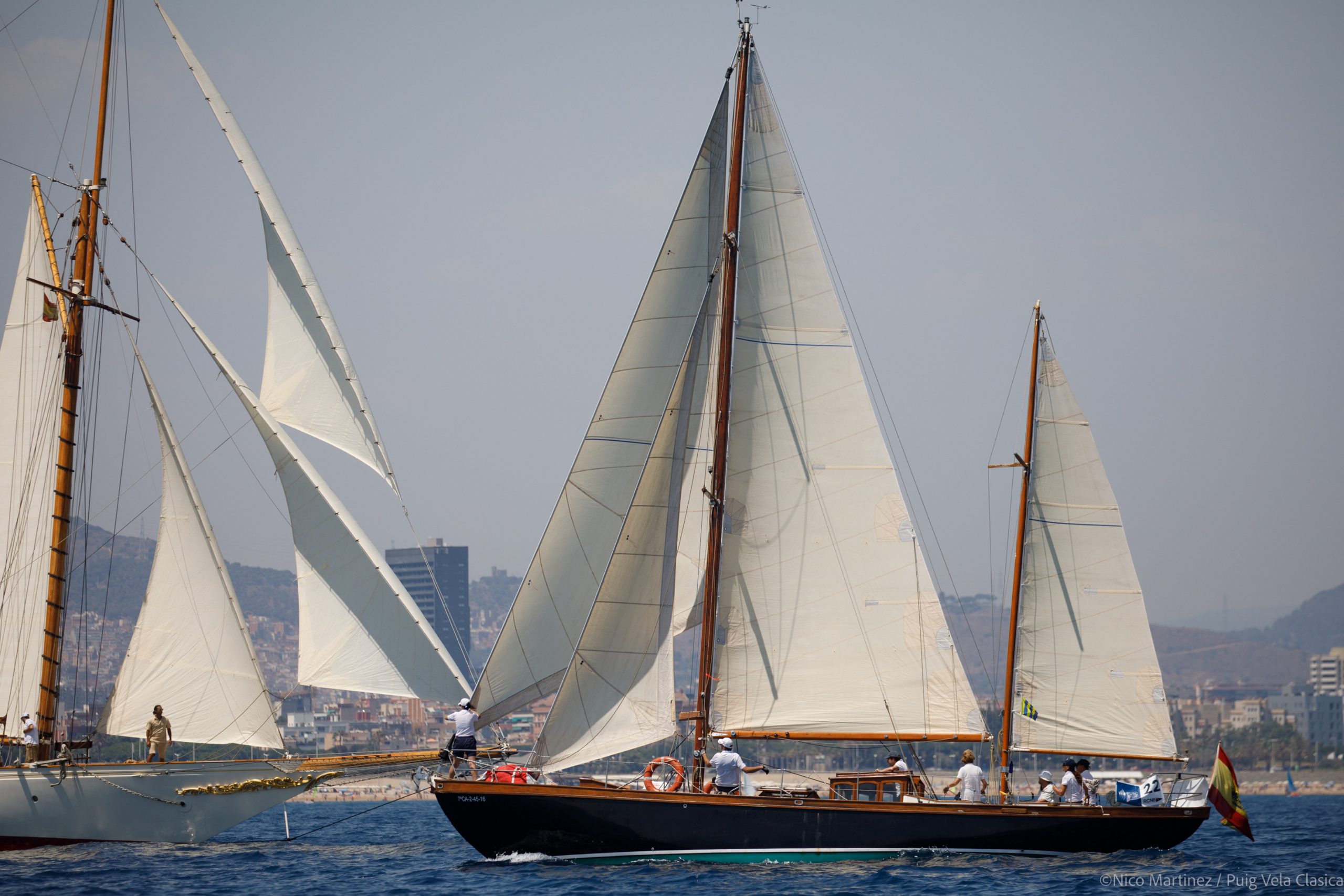 The departures of the Classics first and the Big Boats and Vintage then, were resolved without incidents. M. Cotter’s Irish big boat Hallowe’en made an excellent start, allowing him to beat the bulk of the classics out 10 minutes during the first short-distance stretch. It contrasted the bad start of his opponent, Sunshine, skippered by Pere Barrio, who today did not have the ideal conditions for his design. The classic Emeraude of the Italian Vittorio Cavazzana made an almost perfect race. After an impeccable start he led the fleet harassed by the Kahurangi of Pepe de Miguel, enduring the pull of the first Big Boat and Vintage and being, in addition, the only one to be able to sail with spinnaker almost all of the 1.9 miles of the penultimate section to a very closed crossing. Lagging behind at the start, Leonardo Garcia’s Nerissa recovered its initial delay in the first stage and followed the Emeraude and Kahurangi not far away.

Without attracting attention for its smaller length, Enrique Curt’s Sea Fever once again had patience and sailed behind the leaders, but without lowering his guard trusting that his good work would be rewarded by establishing the classification compensating the times between ships of different speeds. And today he has achieved it by far, winning the test of the day and climbing from the fourth to the second position of the provisional general classification. The Emeraude remains the leader by adding a second place in its partial locker today. Meanwhile, the third of the day, Kahurangi and the fourth Nerissa, occupy identical places in the general 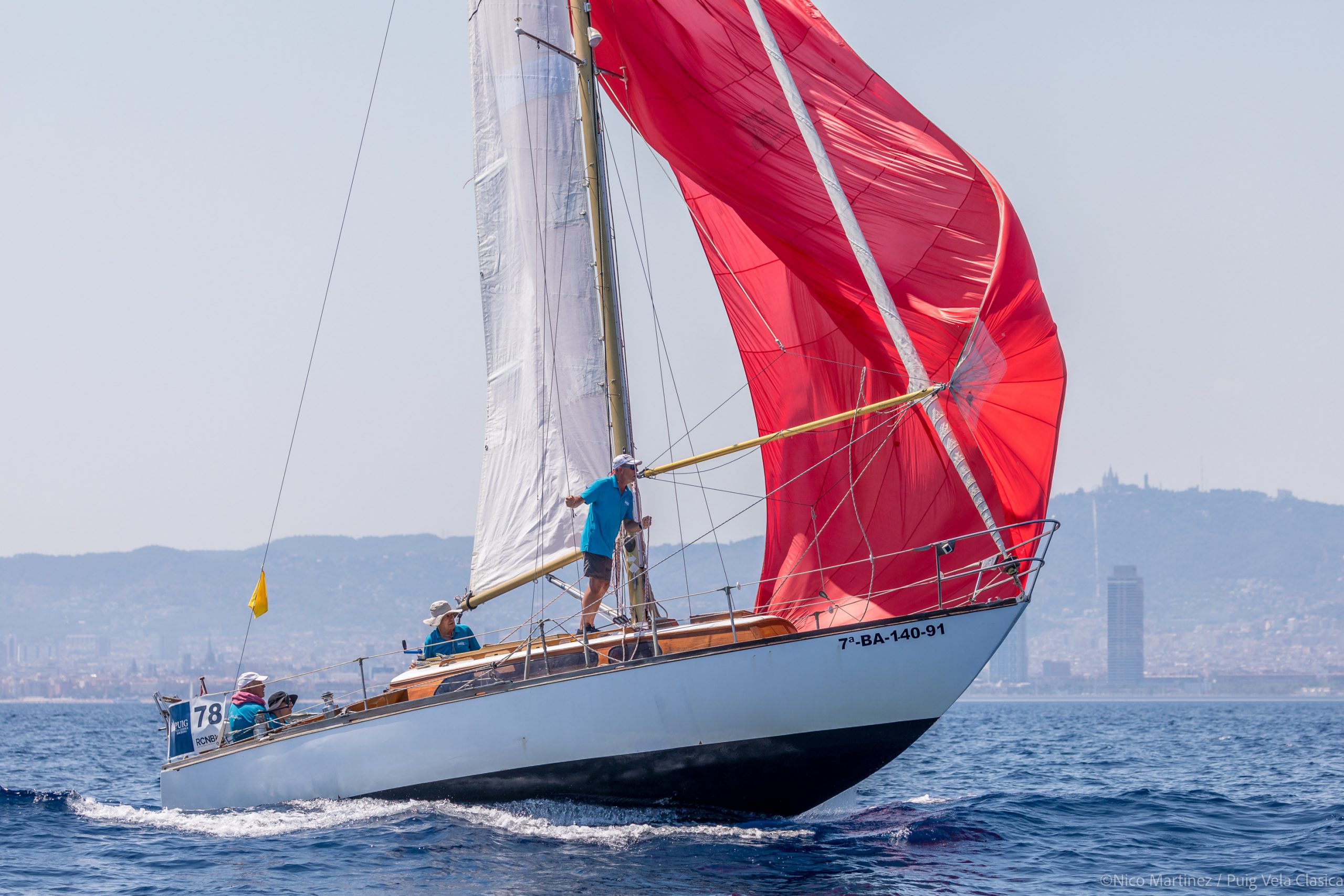 No change in the bermudian Vintage fleet when Griff Rhys Jones’ British Argyll took the initiative of its fleet unopposed and prevailed in the test. In his wake, the results of yesterday were also repeated by the Almarán New York of Manel López, Dione of Hans Alberecht and Islander of Ricardo Albiñana.

For its part, the Grayling of Rafael Carrio won again among the Gaff Rigged Vintage and ensured the triumph of the Puig Regatta in its category. Tomorrow third and last day of the Puig Regatta – Vela Clàssica Barcelona, with departure of the third test at 13 hours. The sporting excitement promises to be intense in the Classics and Bermudian Era, where there may be changes in the final classification. 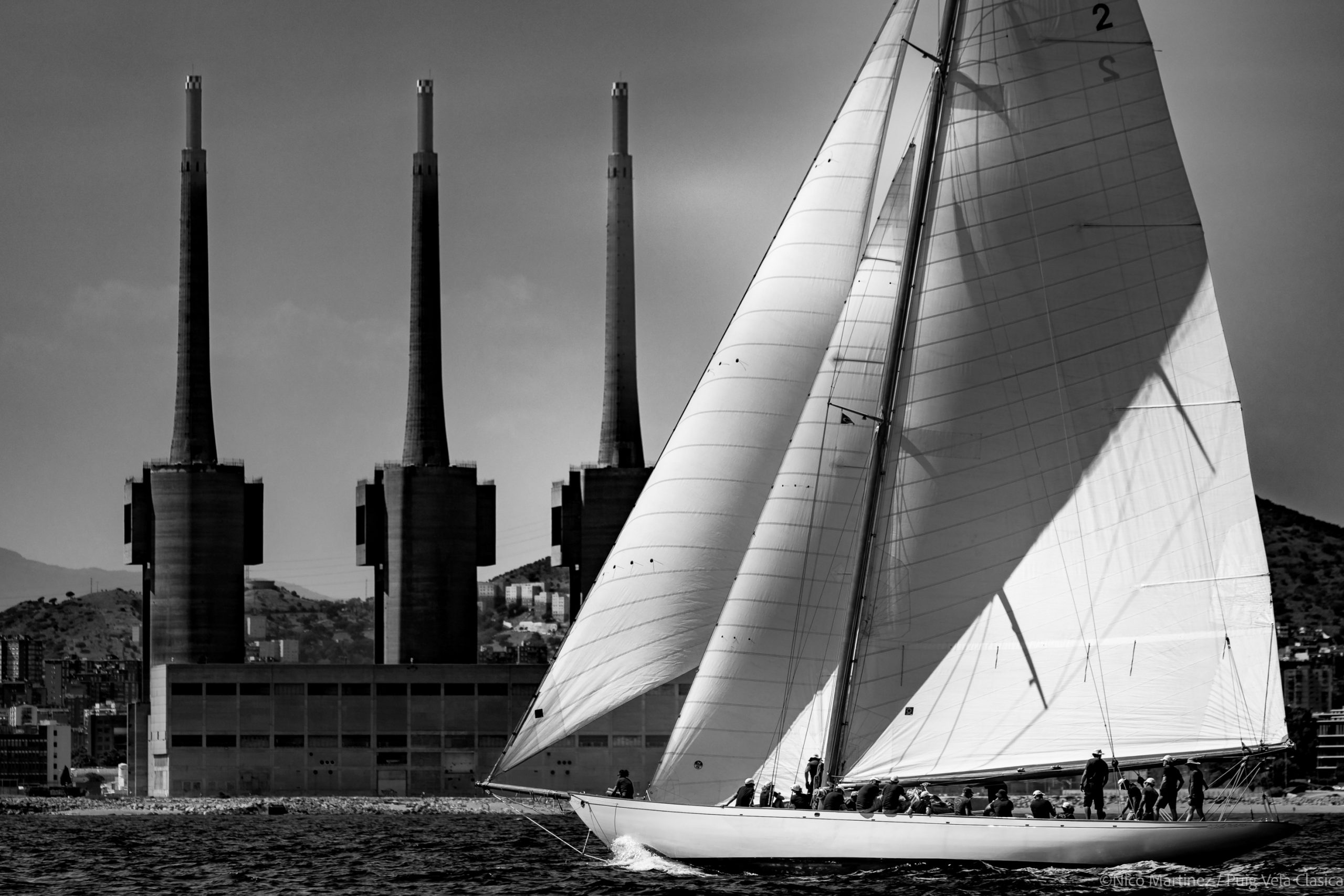 GRANT DALTON, THE DIRECTOR OF TEAM NEW ZEALAND AND ORGANIZER OF THE AMERICA’S CUP, WILL ATTEND THE LAST DAY OF THE REGATTA

The New Zealand sailor Grant Dalton, legend of this sport and leader of the current champion of the America’s Cup, will be in charge of delivering one of the trophies of the Puig Vela Clàssica Regatta. In addition, Dalton will hold a meeting with Marc Puig, president and CEO of Puig and organizer of the competition, to talk about the future of sailing, the integration of this sport into a more sustainable model and the future edition of the America’s Cup that will take place in 2024 in Barcelona.